* For reference, The Red Dead Redemption 2 game Reviews websites are all approved, there are no viruses and malware.

* For reference, The Red Dead Redemption 2 game purchase URL is the Amazon website, please feel safe to get it. 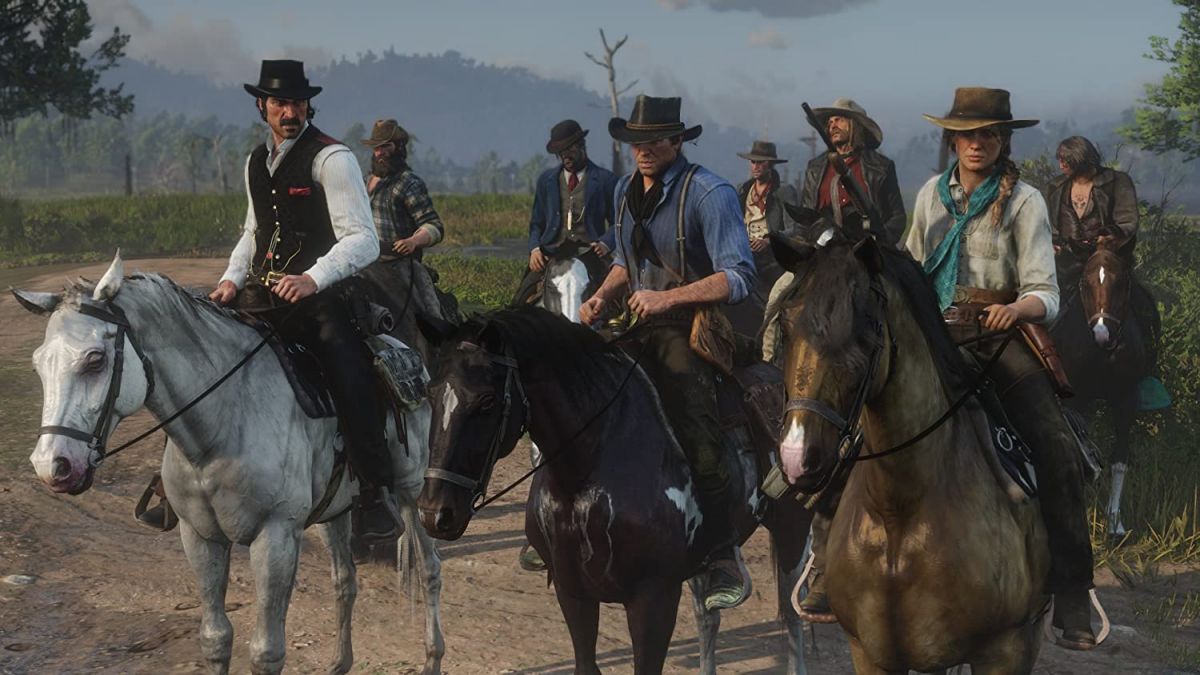 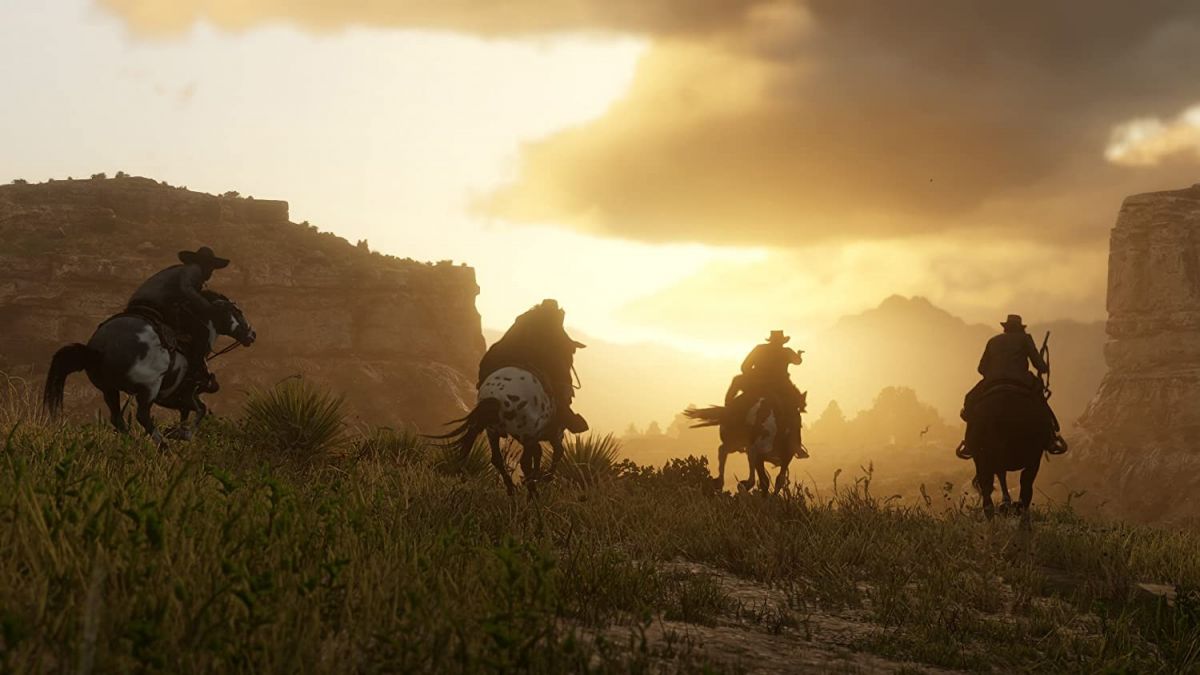 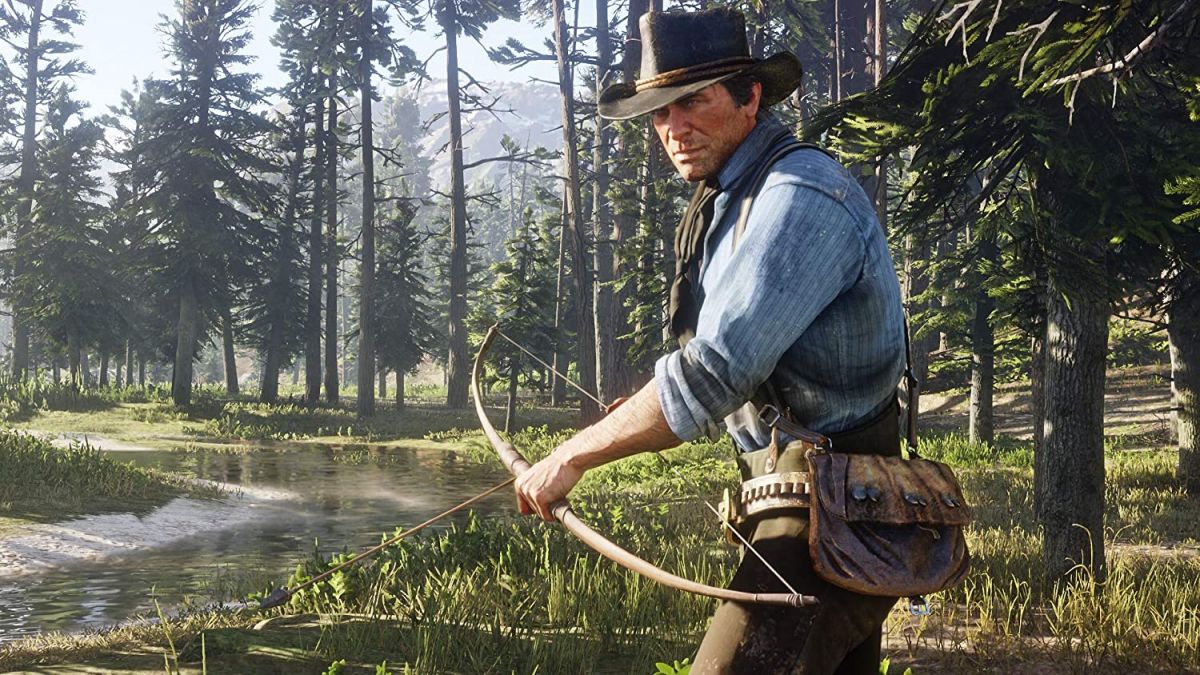 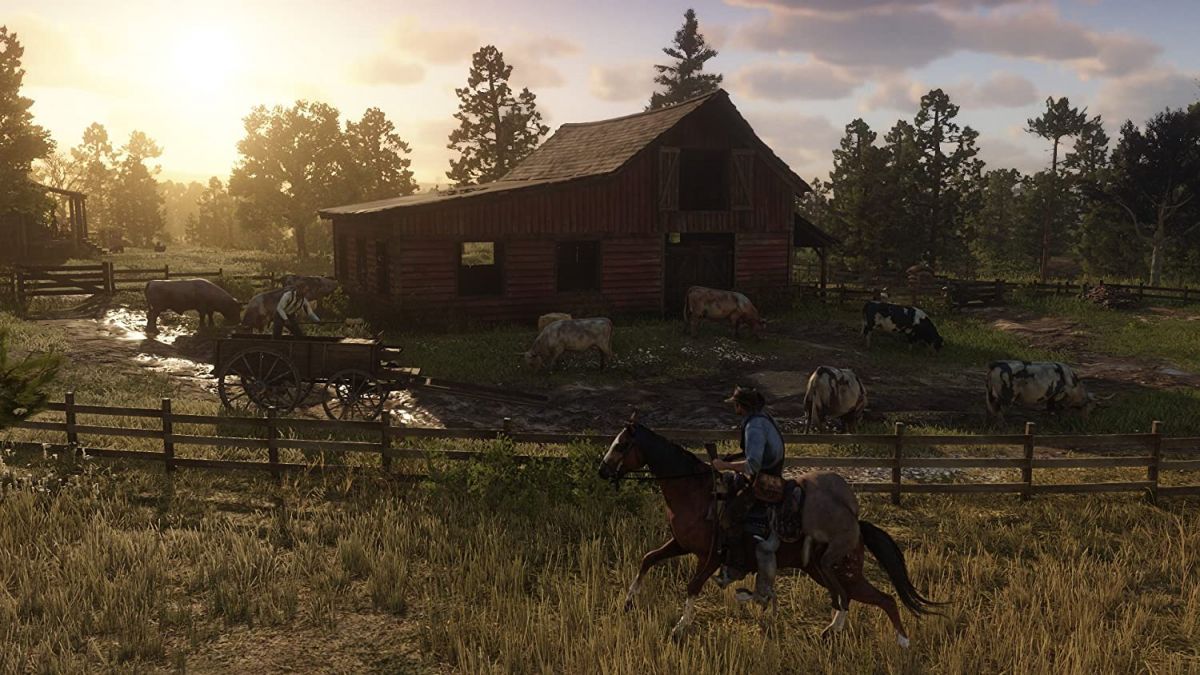 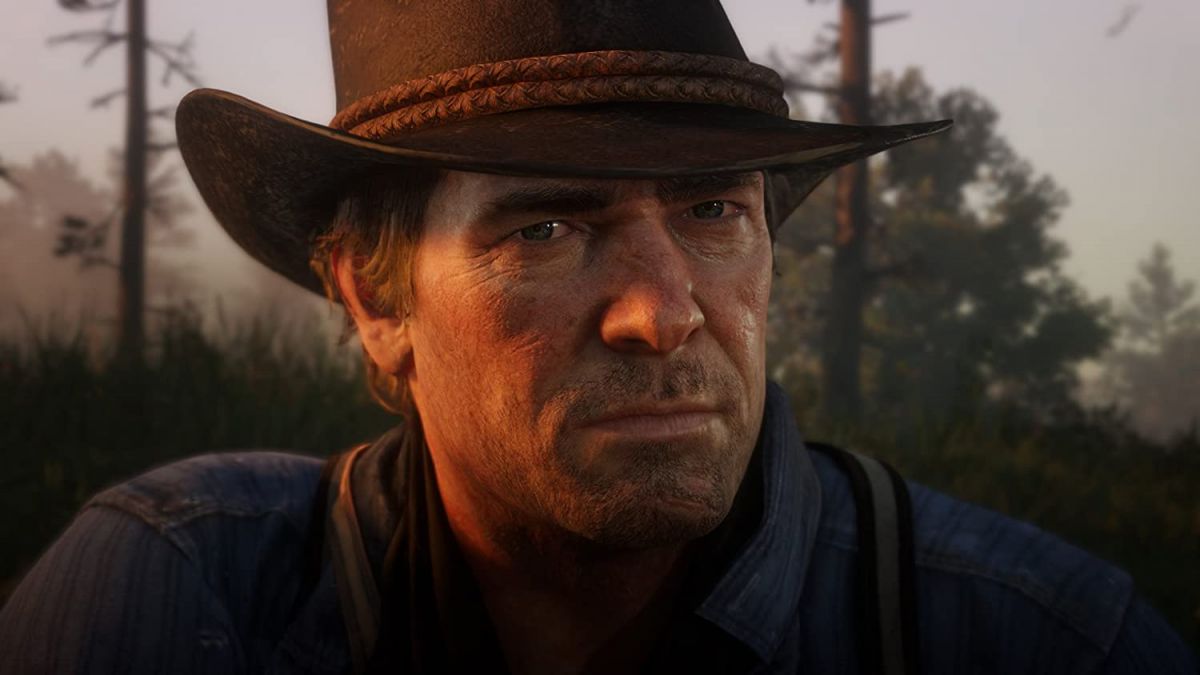 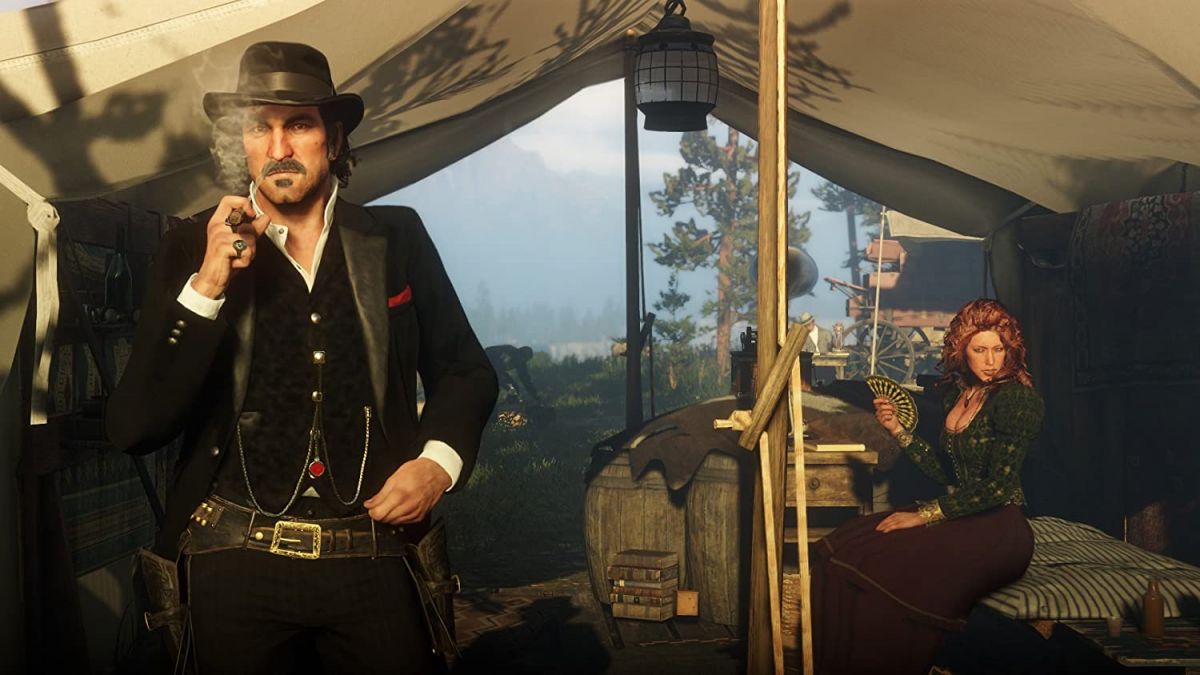 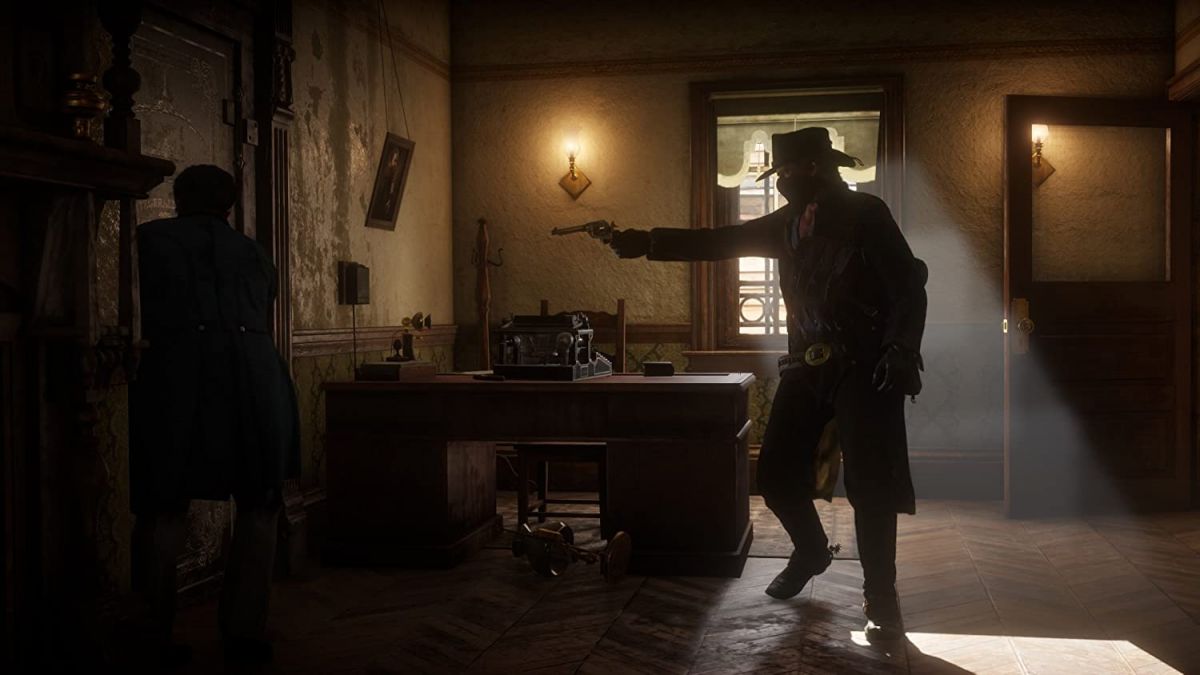 The Wild West has never felt so real!

Rockstar is not known for releasing yearly titles (we've been waiting for the infamous GTA 6 for up to 9 years now). You could argue that they don't need to, since they can milk their fanbase via GTA online and, more recently, Red Dead Online.

Regardless, it's probably for the good. Nothing hurts the gaming industry more than yearly half-baked releases of the same saga, as shown by the likes of EA and Ubisoft.

Red Dead Redemption 2 was released a good 8 years after the launch of the first game, which itself was a "sequel" to Red Dead Revolver (though both games hardly relate to each other save for being part of the same series and situated in the American Old West).

But, of course, a Red Dead Redemption 2 review would not be complete unless I speak about its routed realism, which has been one of its most controversial aspects.

To illustrate, some people love seeing Arthur (the main character) skinning an animal while tracking the animal model to a tee, or his horse's testicles shrinking under the cold weather. On the flip side, some people find the realism to be too over the top, and they're quick to give up on the game altogether because "real life is boring already".

Indeed, I'll be the first to admit that the game does get tedious at some points, especially if you're short on time. This is also true with regards to the story itself. However, I actually find this aspect of the game ironically "refreshing", believe it or not. Allow me to explain what I mean.

Games have often accustomed us to skipping right to the action. For example, when we go through crafting menus, any other game would list your craftable items on a menu. After choosing the item you wish to craft, the item would, with a "flick of magic", appear on your inventory. Red Dead Redemption 2 would show you how that "magic" actually works behind the scenes.

As for the story, it's meant to emulate how events unfold in real life. Most of us are used to seeing movies with relevant scenes portrayed back to back. In-between those scenes, the story would have skipped days, weeks, months, or even years of boring stuff. That's because things are not supposed to happen fast in real life.

In that sense, RDR2 attempts to show players that they're not just following a story, they're following (or playing, rather) a character as his story evolves. You are not a mere spectator waiting for the next big thing to occur, you are Arthur Morgan, and life as Arthur Morgan is tough! (and, sometimes, boring).

One thing is for certain, this game is not for everyone. This is not GTA in the Old American West, as many people were led to believe initially. This game is a life simulator set in a fictionalized representation of 19th-century Western United States, and with an underlying plot to boot. I would go as far as to say that you're not obliged to follow the plot in this game, though it's a great feature.

The story is far from being negligible, by the way. It's incredibly good and, frankly, even tear-jerking if you're not careful. Arthur has been deservedly regarded as one of the best characters out of any Rockstar game to date, if not one of the best ever. I guarantee that Arthur will undoubtedly grow on you!

There are many things I could say about Arthur Morgan. His complex character arc and his genuinely likable persona (even amidst his frequent failures) are beyond anything I've seen in most other games, with some notable exceptions.

Even gamers who disliked the game as a whole affirmed being motivated to keep playing just to find out about Arthur's outcome, which speaks volumes as to the incredible allure he possesses. The other characters don't fall too far behind, either, and I'm struggling to find one character I did not like in terms of writing and execution.

The game starts with a scripted sequence set in a snowy area. As the game hands you control over Arthur, you'll be riding a horse alongside Dutch and Micah. The game will show you how the mechanics of riding a horse works as you're simultaneously shown some dialogue choices. In the first mission (which is already underway) you'll be searching for supplies in the Adler Ranch after a shootout.

After finishing the first mission, you will be confined to the Ambarino area, and you won't be allowed to leave until you reach the end of the first chapter. After that, you're  to wander off in any direction on the map.

The game features two main game modes: Online and Story. The online mode - also called "Red Dead Online" - is similar to GTA Online in that you create a character and complete activities in exchange for rewards. You could explore the surroundings solo or with a posse group. The Story mode is largely linear, but you will get slightly different outcomes depending on your "Honor" Rank.

The Honor System in this game takes into account your behavior in-game. For example, if you murder innocent people, steal, or engage in similar illicit activities, your Honor will decrease, whereas if you aid other people your Honor will get boosted.

The Honor System is ranked on a scale ranging from -8 to +8, with 0 being "neutral". If you have a high Honor Rank, you'll be treated with respect and you can get discounted prices in stores. You'll also have various outfits unlocked.

In-between missions, you are  to explore the game world and engage in various side activities. You can visit saloons, hairdressers, theaters, hotels, and other similar establishments.

Your main base of operations is the Van der Linde gang's camp in Horseshoe Overlook, which is maintained through contributions from its members. Within the camp, you can rest, shave, and eat for . You may also gather supplies such as tonics, ammo, and provisions. In addition, the more you donate to the camp, the better the chances of upgrading it, with added benefits.

Finally, the game has a learning-by-doing approach to leveling up, just as the one found in many other Rockstar titles such as San Andreas. You can increase your stamina by sprinting or swimming while rowing a boat increases your health. Dead Eye is a feature that slows down gameplay while you aim to enhance your accuracy when shooting and it's upgraded by completing Challenges or skinning large animals, among other activities.

Red Dead Redemption 2 is, in the truest sense of the word, a masterpiece. It deserves to be placed in the annals of history as one of the best games of all time and you'll be missing out on a lot by not playing it. Even if you find the gameplay boring, at least stick to the story. I assure you it's worth it!

You can also leave your feedback about this game or this review in the comments section below!