* For reference, The Diablo Immortal game Reviews websites are all approved, there are no viruses and malware. 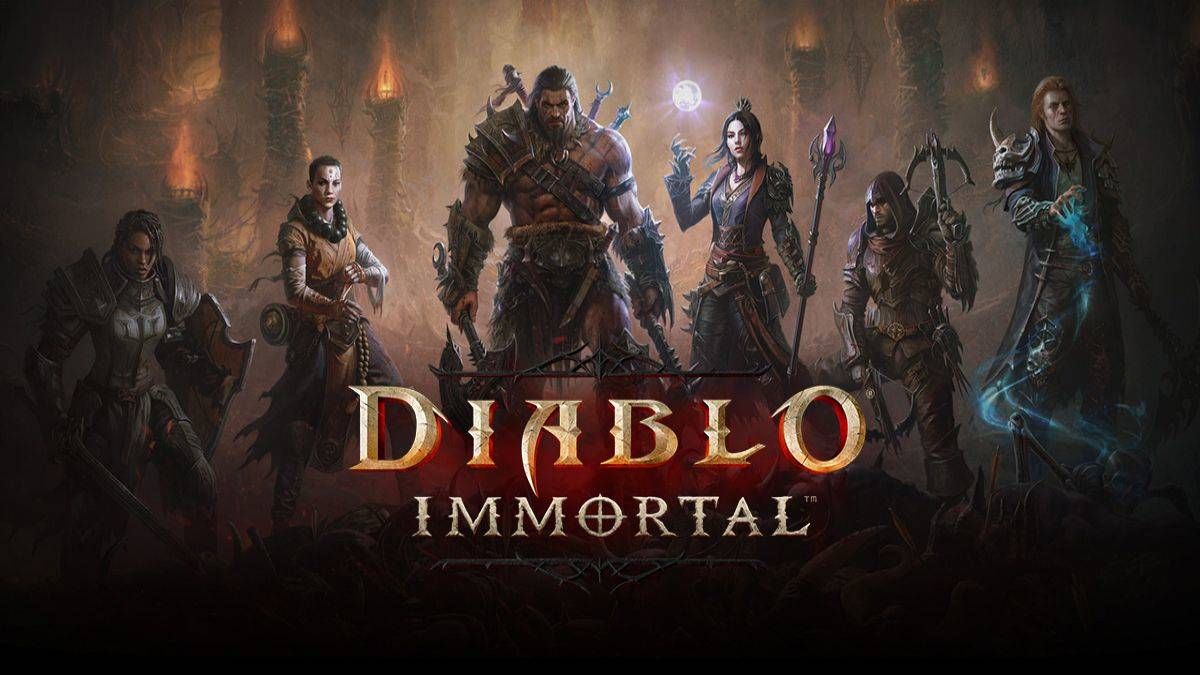 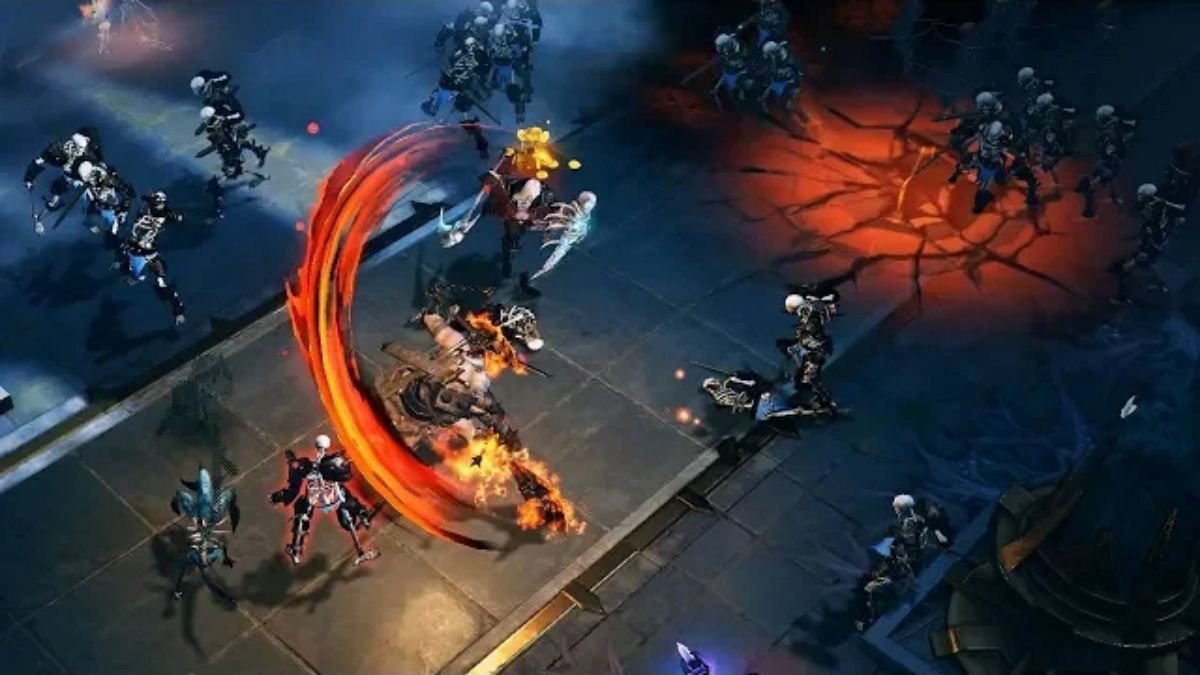 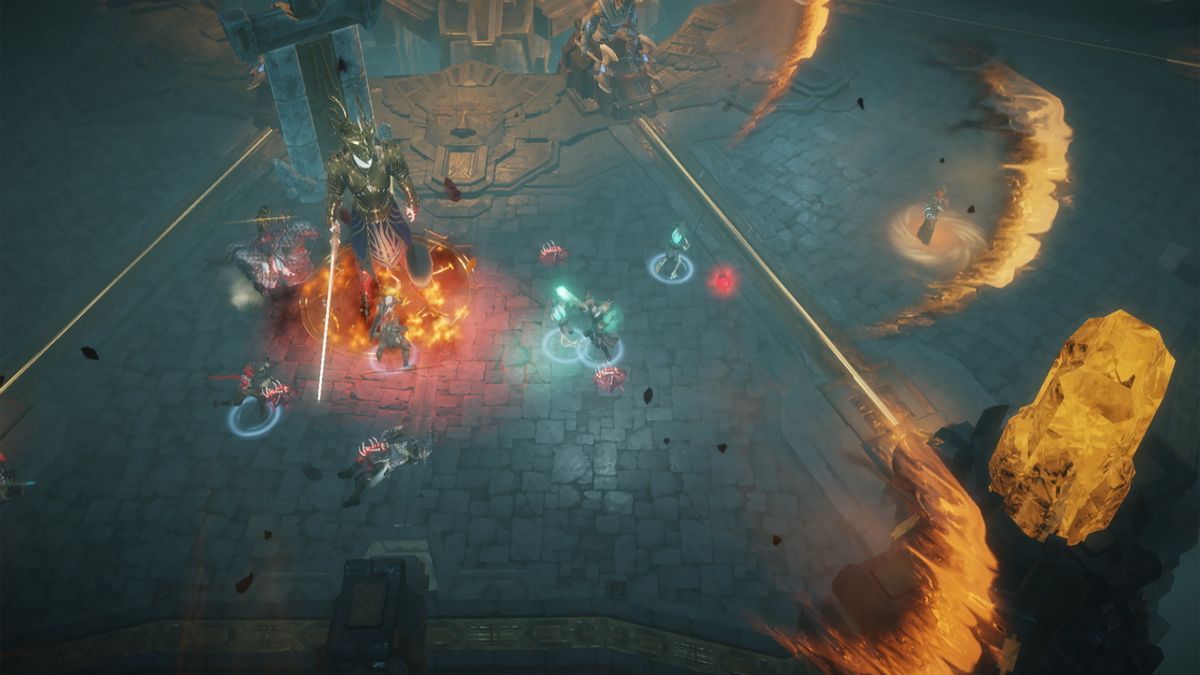 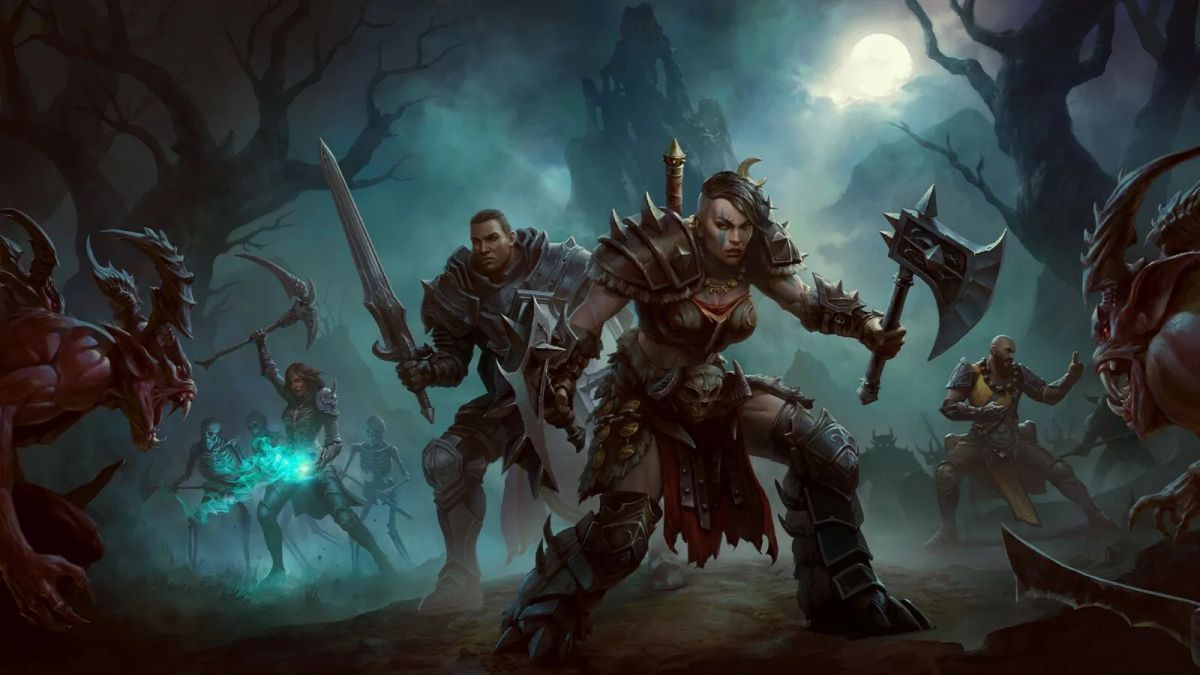 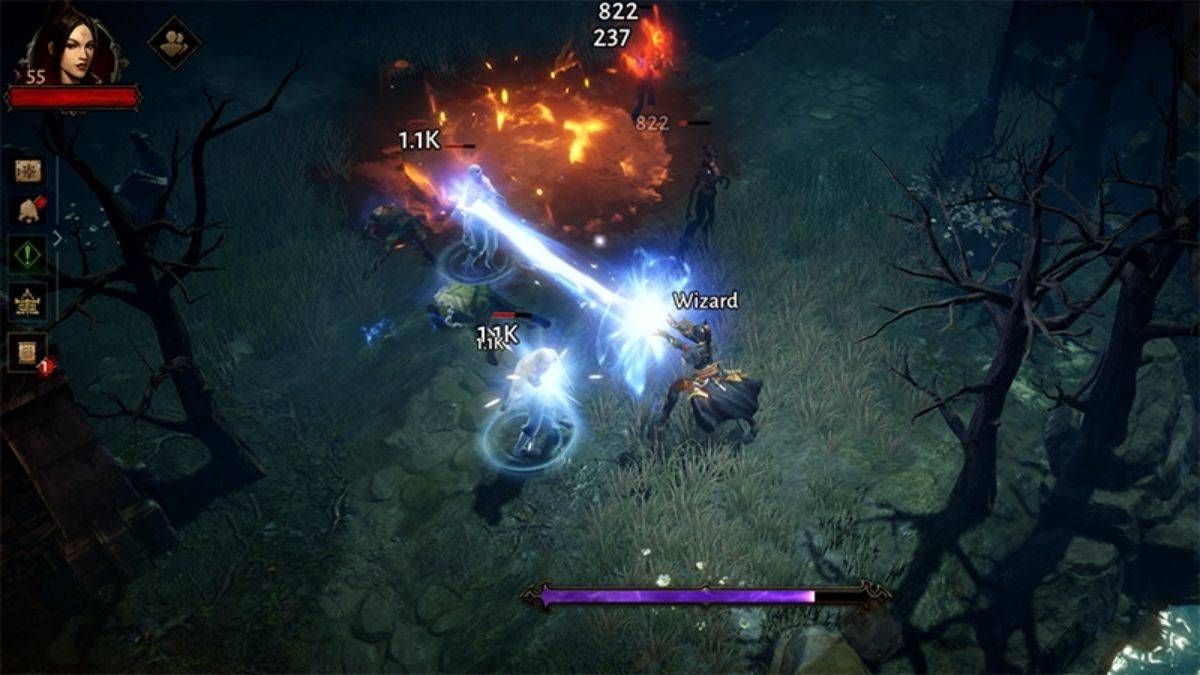 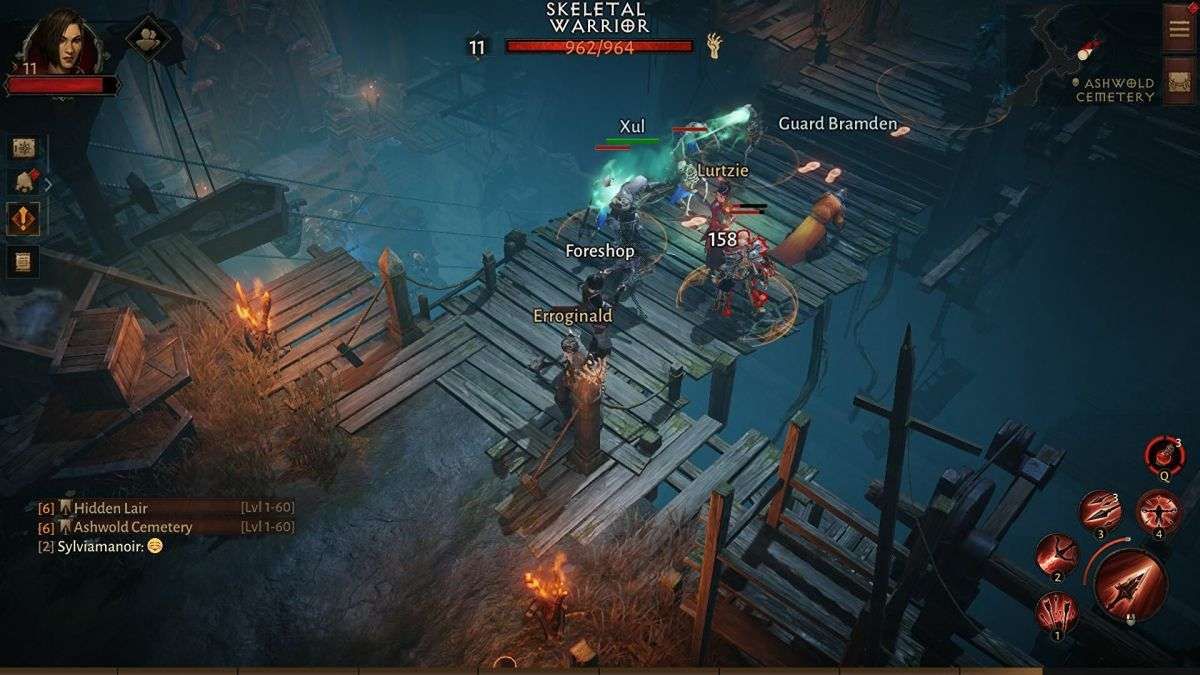 Diablo Immortal is a free-to-play action game from legendary studio Blizzard Entertainment. Control a fantasy hero and battle hordes of demons in your quest to stop evil and become a powerful bastion of light!

Blizzard has been making Diablo games for decades. Diablo and Diablo 2 established themselves as action RPG staples, practically defining the genre for future generations. These games innovated in their depiction of a dark, gritty fantasy world, full of endless enemies and swaths of blood. As you delved deeper into the dungeon and the story, you began to encounter more and more powerful enemies. You'd also find more powerful loot and be given opportunities to upgrade your hero, enabling you to become an efficient demon killer that could deal with anything the game threw at you.

Diablo Immortal is a very well-polished game with tight controls, solid graphics, and great sound design -- when it works. Unlike some high-budget mobile titles, Diablo Immortal isn't without its share of bugs. These include crashes, odd in-game interactions, lack of sound, and the occasional graphical oddity that reminds you that you're playing a free game on a phone. The game's odd bug doesn't make it unplayable, but they do tear you from the experience of playing the game and can potentially cost you several minutes of progress.

From a gameplay perspective, Diablo Immortal looks and feels a lot like Diablo 3's console versions. You're able to move and aim in different directions, you've got a steady stream of orb pickups to top off your health, and your growing arsenal of skills can be customized through an in-game system to fundamentally change how you play. This means that your skeleton summoning skill can be modified to summon one giant skeleton instead of several smaller ones, make skeletons that shoot instead of whack, make your skeletons explode when they reach their targets, or augment your skill with one of several less exciting numerical modifiers. When combined with gear, gems, and experience, you'll be able to use these runes to turn your character into a demon-killing machine.

Diablo Immortal is fantastically fun to play - at first. As a freemium game, it utilizes a number of currencies and a complex gambling system to gate several types of key upgrades. Unfortunately, this isn't a particularly well-tuned system. While other free-to-play games give you access to plenty of power with a low-cost monthly subscription and a bit of patience, Diablo Immortal does not. In fact, it's one of the most expensive games on the market to max out, with estimates of the cost of fully gearing out a character reaching as high as $500,000. When you combine this ridiculously expensive microtransaction system with the emphasis of PVP on advancement in several key avenues, it's difficult to justify spending lots of time on Diablo Immortal. The game frankly doesn't seem to respect your time or money very much, even when compared to other freemium mobile games like Raid Shadow Legends or Genshin Impact.

Many other Blizzard titles have launched as flawed but engaging games and then gradually changed into polished products that hardly resemble their former selves. Diablo 3, for example, has eschewed the slow progression and steep difficulty that it launched with in favor of streamlined monster-killing gameplay that practically showers you with rewards. It's very possible that Diablo Immortal might do this in the future. It's a fun game to play for the first few levels, so it's definitely worth checking out for now, but you might want to avoid spending money on the game for a few seasons. By then, Blizzard will hopefully have changed their monetization model to something that makes sense.

Diablo Immortal uses a number of difficulty scaling systems that you can take advantage of to change how hard the game is. The game is designed to be quite easy at first, giving you an opportunity to become acquainted with the controls and collect a bit of loot before plunging you into the darkness of Sanctuary. As you progress, however, you might find that it's best to slightly lower the difficulty. A common complaint among fans is that characters frequently wind up with a power level that's between two levels. This means that your hero might one-shot enemies on one difficulty but get obliterated by enemies one difficulty level up. If this is happening to you, don't worry. It's a normal problem; it's not just your character.

If you find yourself stuck at a progression wall, remember that Diablo Immortal isn't the same as its predecessors. Grinding for hours at a time to kill monsters for loot might have been the way to go in Diablo 1, 2, and 3, but in Immortal the best bet is to just play for a few minutes each day. When you hit a wall, login, do your dailies, do a few basic activities, and then go play something else. Not only will you get more rewards per minute played, but the game actively penalizes you for playing too much and reduces your rewards. Patiently doing the bare minimum each day will allow you to game the system and push through plateaus without spending real money or wasting your time.

Given how important PVP is to progression, it's crucial to realize that your PVP build should NOT be the same as your PVE build. When you're fighting monsters, stats like block chance and critical hit chance are the key to success. When fighting players, these stats are nerfed to small percentages of their normal values. This means you'll want to have a completely different skill, armor, and gem setup for your PVP gear than you use on your PVE gear. Try to focus on control, survivability, longevity, and raw damage as much as you can. Think about how your class plays in each PVP game mode and make sure you're optimizing for the role that you play. If you find yourself defending objectives, for example, your raw damage and mobility will be less important than your ability to stay alive and tie attackers down while teammates show up to help you. You might not be able to defeat a big spender on even footing, but using this technique will at least ensure that you're not wasting stats while also being under geared.

It's worth noting that if you're not looking for multiplayer PVP, Diablo 3 is a very well-made game that's basically  of microtransactions and plays very similarly to the fun parts of Diablo Immortal. If you've got access to a console or a gaming PC, consider checking out Diablo 3 and using it to scratch your monster-hunting itch. It'll be a lot cheaper and you'll be able to play as much as you want, get upgrades, and more without spending a dime over the cost of purchasing the game, its expansion, and a single DLC class.