* For reference, The Pro League Soccer game Reviews websites are all approved, there are no viruses and malware. 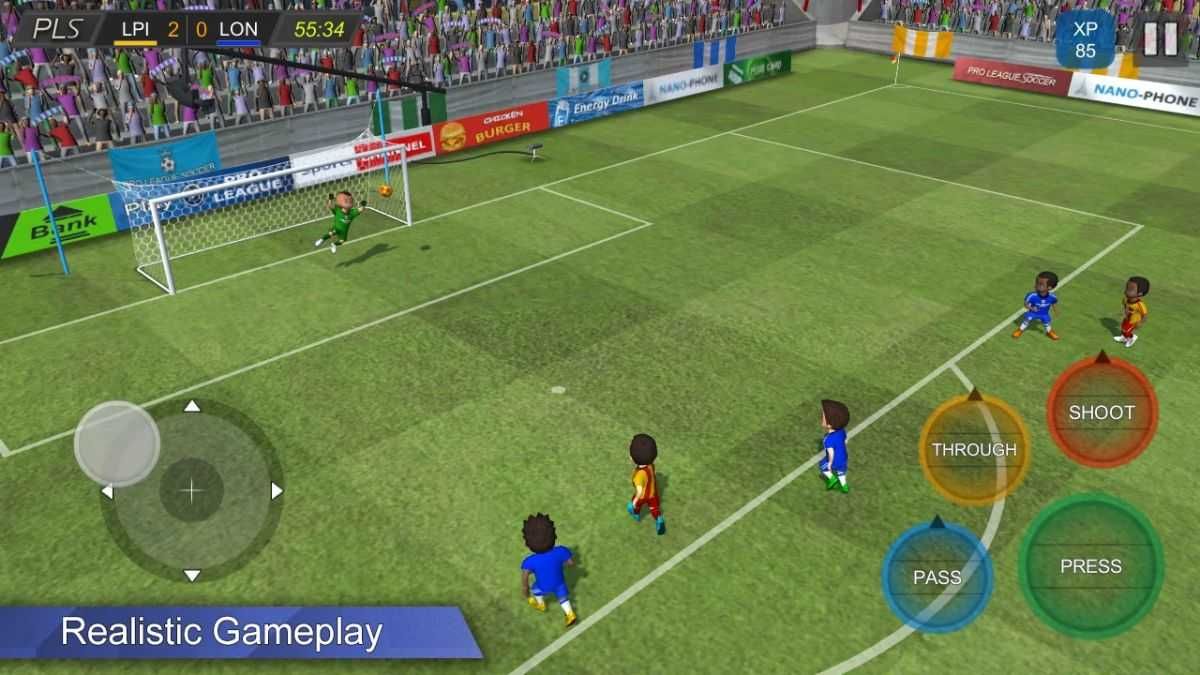 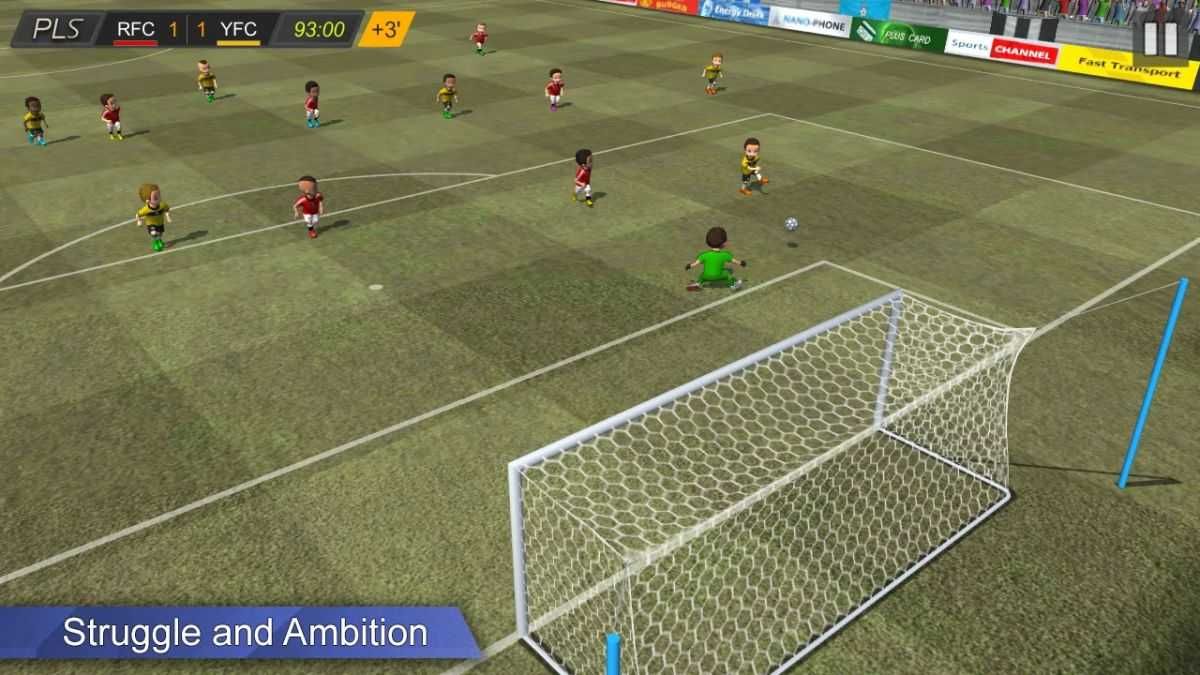 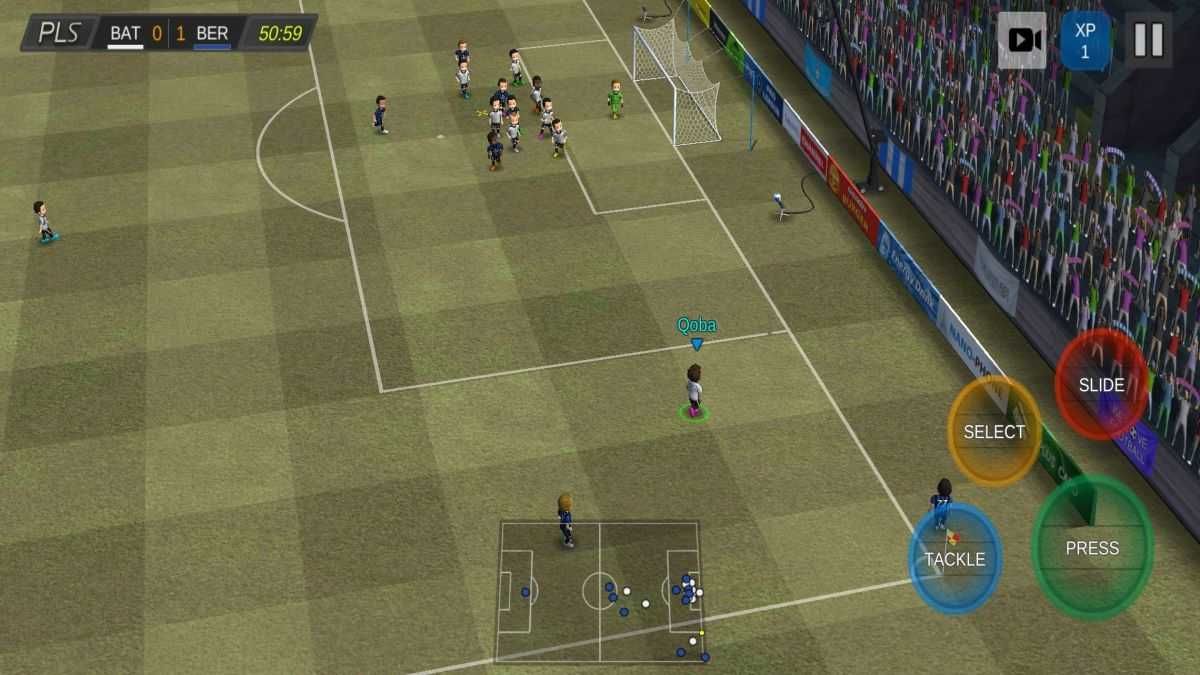 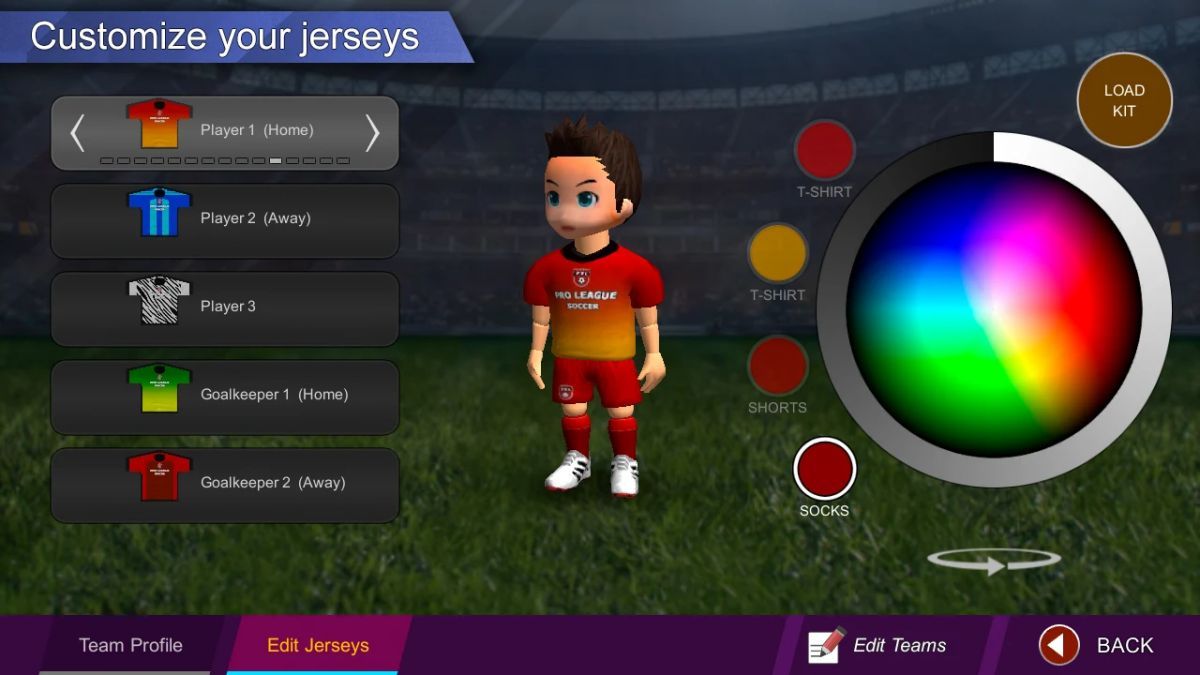 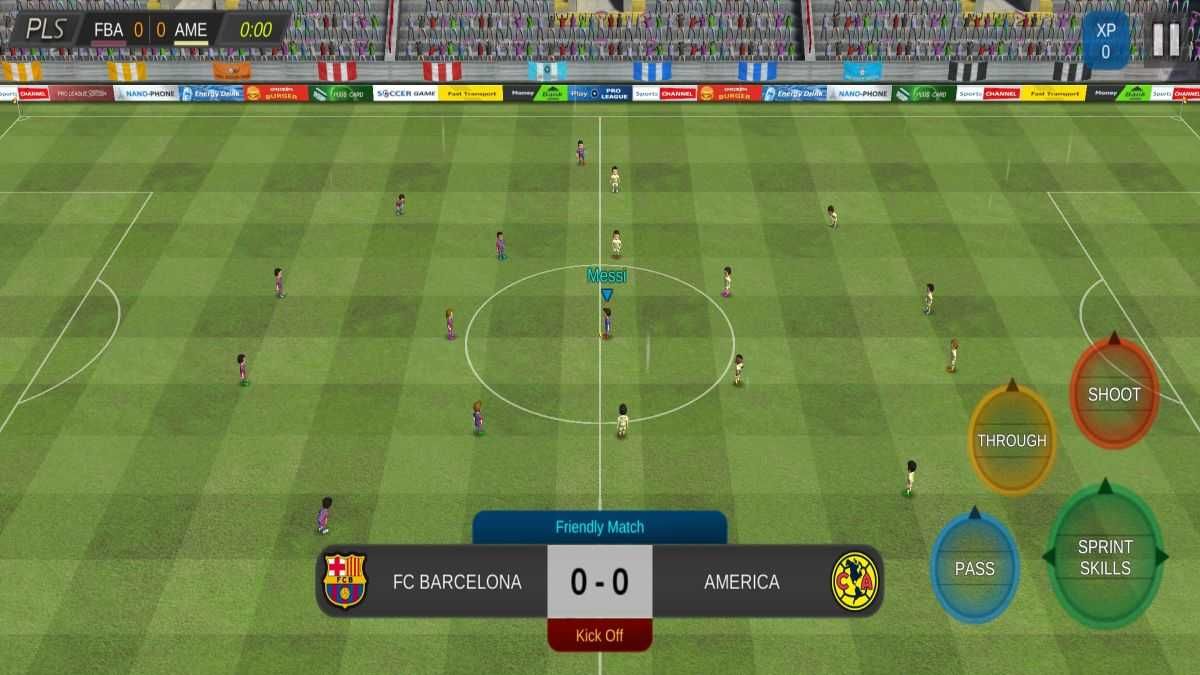 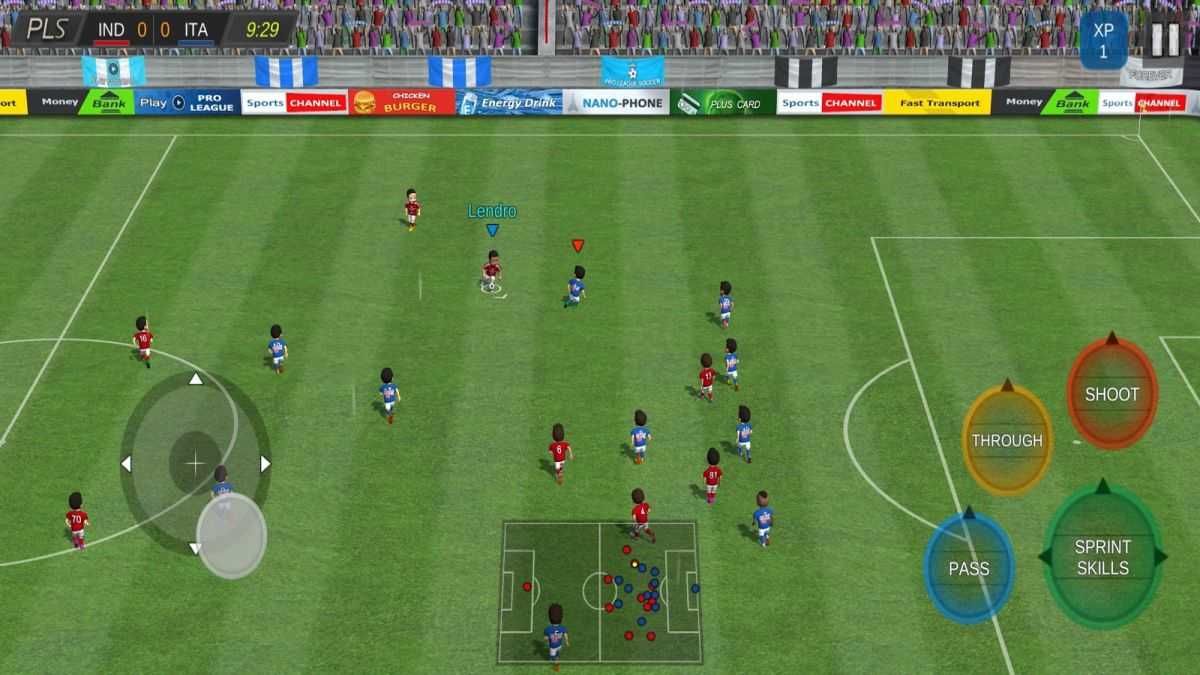 Pro League Soccer is a free, FIFA Soccer style game for mobile. Enjoy simple graphics and fun gameplay without spending a lot of money or using a lot of storage space!

Pro League Soccer is a well-optimized third-person soccer (or football, if you’re not American) simulator for mobile devices. By utilizing a handful of on-screen buttons, you can control a player on your team and help them outmaneuver defenders, pass the ball, and score big goals.

In many ways, the game resembles console soccer games like the FIFA series as far as gameplay goes. When it comes to graphics, however, Pro League Soccer definitely comes up short compared to the competition. Pro League Soccer has models and textures that wouldn’t seem out of place in a PlayStation 1 game. This means that you might not want to share screenshots of the game with your friends or project the game onto a big-screen TV.

While Pro League Soccer lacks in raw graphical fidelity, it’s one of the best optimized mobile games around. The entire game is less than 100 megabytes. It’s smaller than some YouTube videos or even big video ads. Additionally, the simple textures and models used in the game’s graphics mean that it runs great on older devices. This isn’t a game that’s going to make your phone overheat or burn through your battery.

Pro League Soccer’s simplified graphics add a certain charm that many other mobile games miss. While it’s obvious you’re playing a game, it manages an almost Mii-like aesthetic that’s cartoonish and fun. In many ways, it looks better than some very big mobile games that try to have realistic graphics and miss the mark.

As far as gameplay goes, Pro League Soccer is incredibly fun. For the low price of free, you can play a smooth, engaging soccer sim that gives you plenty of freedom. With special sprint skills, the ability to move and shoot in separate directions, and simple, responsive controls, the game plays surprisingly well for its size and price. You’ll have just as much fun with Pro League Soccer as you would in a much bigger, much more expensive soccer game – for a while.

Pro League Soccer’s big downside is the lack of game modes and challenging AI. While the game is a blast to play, you’ll quickly find that you’re destroying the competition. Your machine-powered opponents simply aren’t aggressive or fast enough to keep up with a semi-competent player. While this means that you won’t get frustrated, it also means that it’s easy to get bored. After a few dozen games, you’ll likely move on to something else.

The AI isn’t the only thing to blame for this lack of difficulty. The game has an unusual goal that seems to let balls in that look like they clearly miss. Again, this isn’t going to frustrate you, but it does remove a bit of challenge and make the game a little bit easier.

Pro League Soccer uses a simple control scheme that involves on-screen joysticks and buttons. On the left side of your screen, you’ll find a virtual stick that controls the movement of the player. Swipe up, down, left, and right on the stick to inspire your chosen player to run in the selected direction.

In order to perform more complex actions, the right side of the screen has a number of buttons. These context-sensitive buttons change whether you’re on offense or defense. You’ll use these to make passes, tackles, flick shots, and evasive maneuvers as you play.

In the current edition of Pro League Soccer, near misses count as goals. This means that as long as you get the ball reasonably close to your opponent’s goal, there’s a very good chance you’ll score. Be sure to be extra aggressive and take any shots that you think have a reasonable chance of hitting the goalposts at all. Until the game is updated, these shots will glitch through the net and gain you lots of points.

While you can’t play as official teams in Pro League Soccer, the customization modes can let you get fairly close. Try using your favorite real-life team’s official colors and choosing a logo that approximates their emblem! It’s a great way to show your support without needing to spend a lot of money on a pricier app.

Pro League Soccer is very light on advertisements compared to other mobile games. If you’re still having problems with the ads that pop up during gameplay, however, there is a trick you can use to get rid of them. Simply switch your phone over to airplane mode and enjoy ad-free gaming in most of your favorite apps.

Unlike officially licensed games, you can’t play as your favorite teams or players in Pro League Soccer. There are a number of rough facsimiles, however, enabling you to get closer than you might expect. Even with official emblems, with the game’s basic graphics, you might have difficulty picking out the details on your team’s uniforms, so pretending that you’re playing Chelsea or Man U is a reasonably good approximation of what the game would look like with the official license.

As far as unlocks and cosmetics go, Pro League Soccer is somewhat lacking. You don’t have any of the progression systems that you’d expect from a high-budget freemium game – and that’s a good thing. With no loot boxes or expensive microtransactions, Pro League Soccer is simple and fun. Most importantly, you’re never pressured to pay money to win.

Overall, Pro League Soccer is fun, free, and well optimized. With simple graphics , it’s a great way to enjoy a bit of digital soccer on the go. While the game is a blast to play, it’s probably not going to hold your interest long-term. This means it’s very much worth the play, but you shouldn’t expect it to become your main game.

Are you a Pro League Soccer fan? Which teams and leagues are your favorites? What’s your favorite strategy for scoring goals? Let us know in the comments below!