* For reference, The Hill Climb Racing 2 game Reviews websites are all approved, there are no viruses and malware.

* For reference, The Hill Climb Racing 2 game purchase URL is the Amazon website, please feel safe to get it. 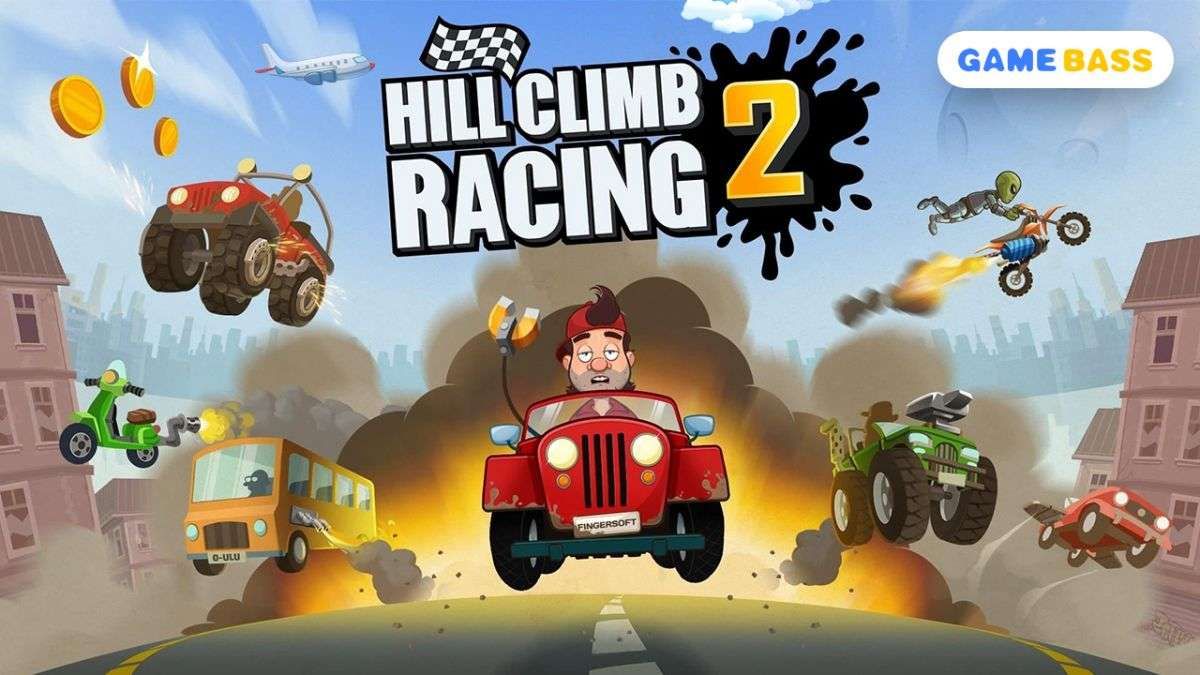 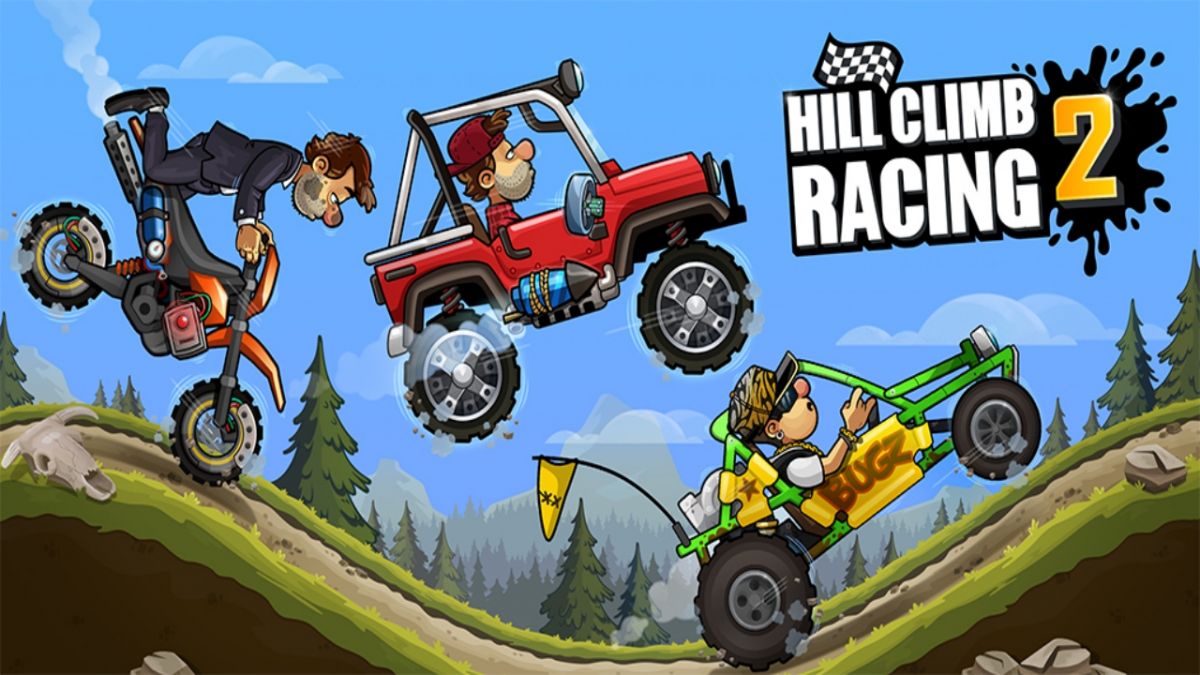 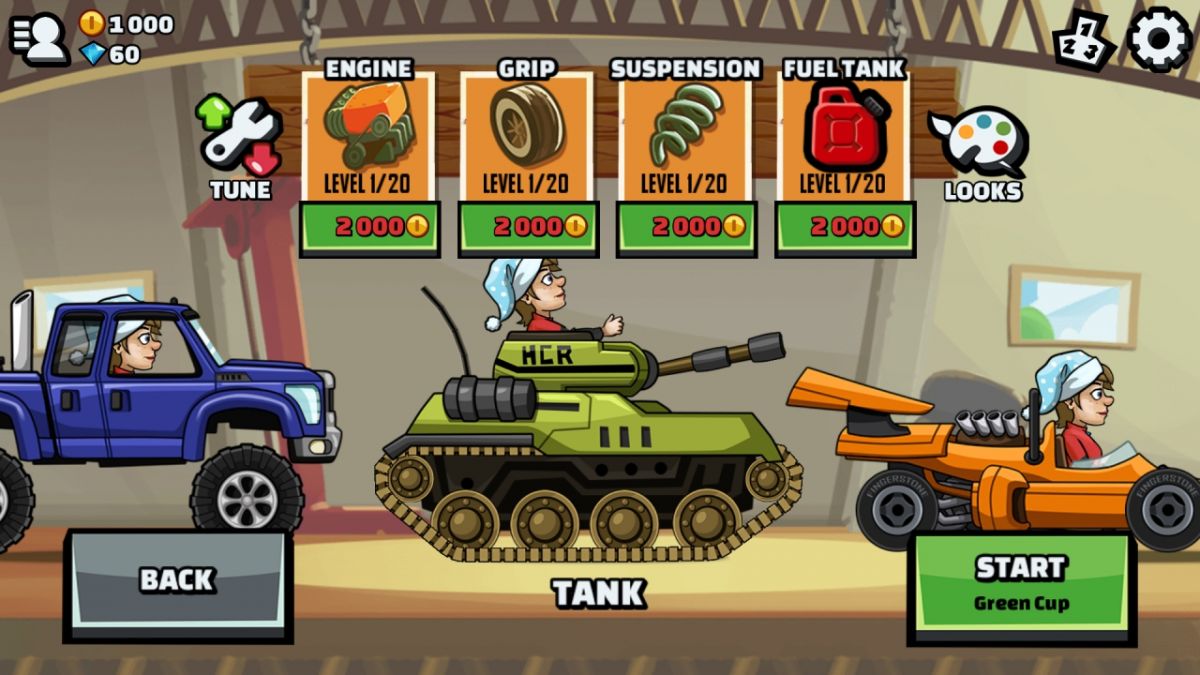 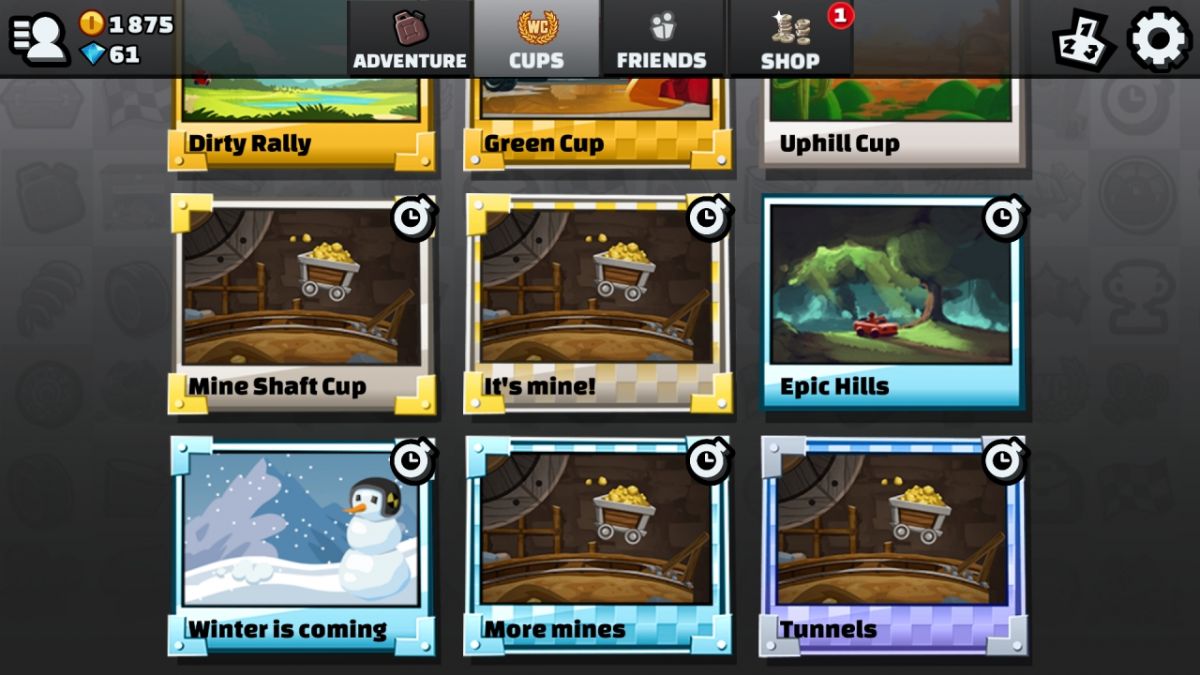 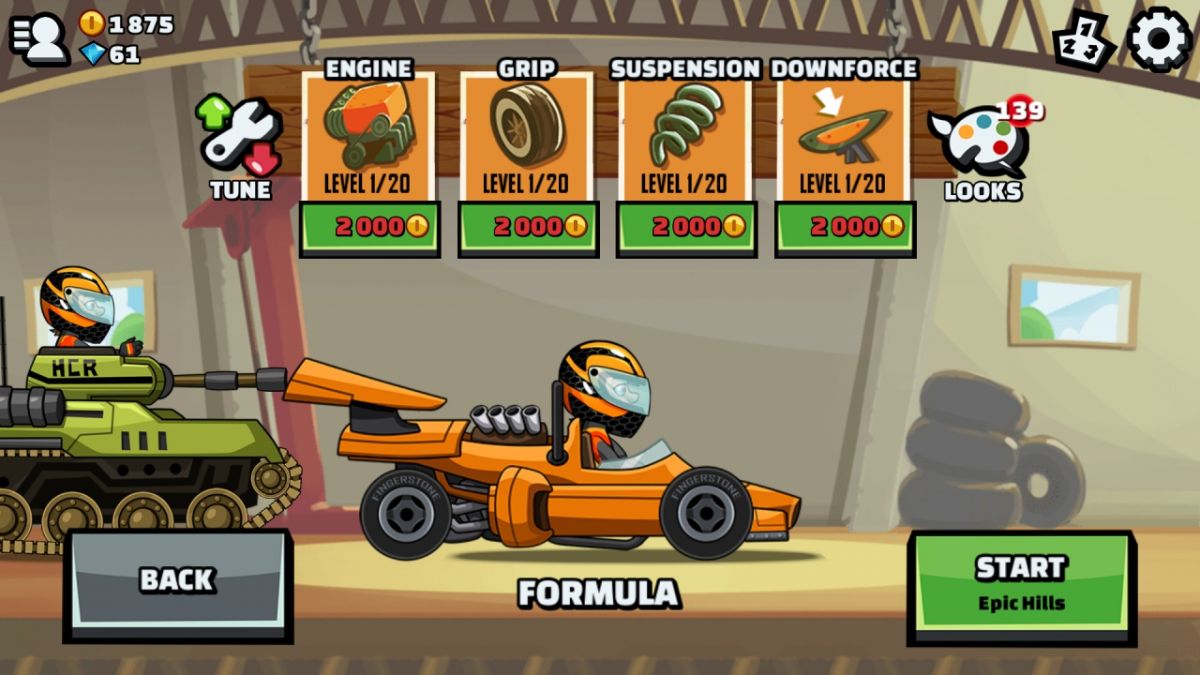 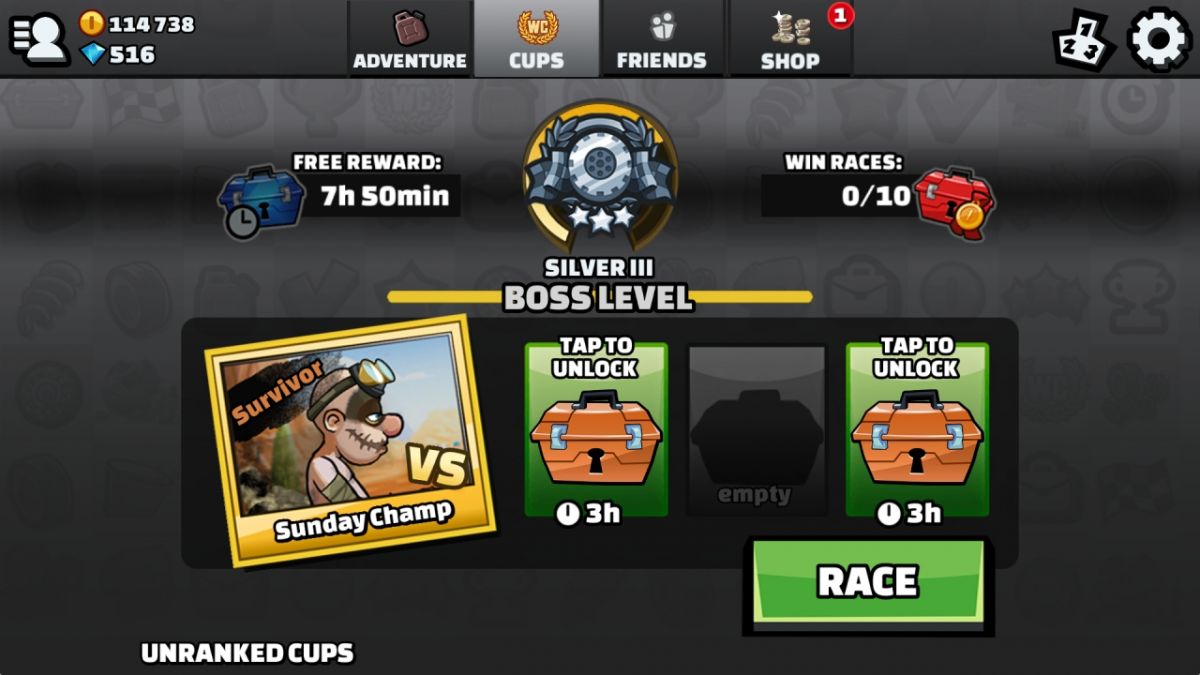 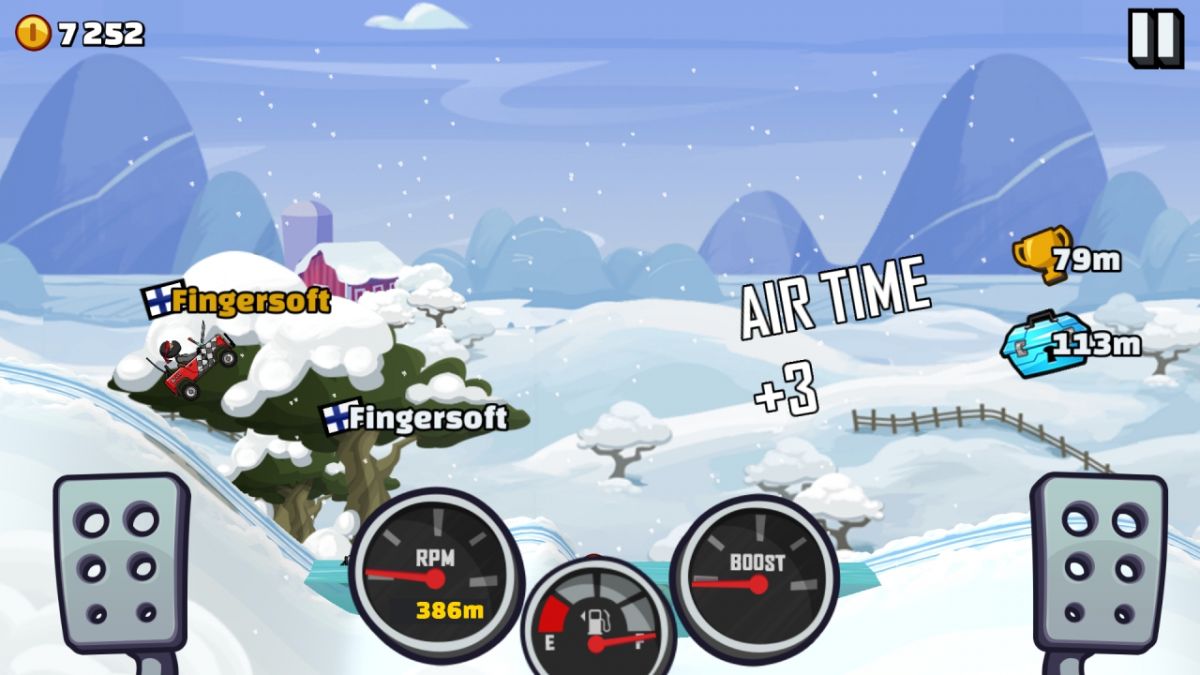 Hill Climb Racing 2 is a fast-paced 2d racing game that features an outlandish physics engine and a crazy cartoon world. Drive a variety of cars on exotic tracks and jump, climb, and flip your way to the finish!

Hill Climb Racing 2 exudes the essence of a modern mobile game. It's a microtransaction-supported -to-play game with cartoonish physics, rotating play modes, and a plethora of upgrades and unlocks. While you can earn all of these unlocks and upgrades by playing the game, Hill Climb Racing 2 will try to tempt you into spending real cash as a shortcut. Discounted cars, time-gated modes, and expensive upgrades all work together to make spending cash look like a viable option.

This isn't to say that you can't play Hill Climb Racing 2 for . The game is very much -to-play, and with a bit of patience and diligence, you can work your way through the game's upgrade system and unlock supercars, crazy hydraulics, and more. This won't be instant, however, and you'll have to play through many, many levels before you've earned everything.

As far as gameplay itself, Hill Climb Racing 2 is reminiscent of other 2d mobile vehicle games like Earn To Die, but with much more customization. You can change your car, upgrade your car, and change your driver, resulting in a unique appearance that suits you -- as long as you've purchased the customization options, that is. Once you've selected a car for each level, you get to drive through a hilly map cluttered with pickups, managing your throttle, brake, and hydraulics carefully in order to pop off hills for crazy air, collect coins, and maneuver past obstacles.

As you might imagine, Hill Climb Racing 2 is not a super-serious racing game in the style of Gran Turismo. Instead, the cartoony physics and crazy vehicles work together to make a game that's more Looney Tunes than Nascar. Many of your early runs will likely end with your car flipped upside down at the end of a silly jump, while success in later levels might hinge on purposefully destroying parts of your car and shedding excess passengers to cut weight to make a jump. Failure is very much a normal part of Hill Climb Racing 2. It's all about learning from the experience and getting some coins on the way.

More than some other games, the crazy physics featured in Hill Climb Racing 2 can be manipulated by a skilled player to produce all sorts of interesting results. You can wheelie for the whole map on the throttle alone, use hydraulics to give yourself timed boosts before jumps, and alter the angle of your car as it flies through the air with careful taps of the controls. Mastering these systems can give you a big boost and enable you to pass all sorts of events and levels that you might otherwise struggle with. Learning how to exploit all of the tools at your disposal can be quite fun and can give you a great sense of accomplishment as you get better at the game.

The first key to success in Hill Climb Racing 2 is to keep your car under control. Crashing is bad -- it ends your run and gives you fourth place, no matter how far you got before you crashed. Your NPC opponents can recover after crashing, too, so even if all of your rivals have seemingly bit the dust, you'll need to actually get your car across the finish line in one piece in order to win the race. This means that it's very important to stabilize and go slowly through sections that pose a risk to your car's longevity and integrity. In other words, slow and steady wins the race.

One important trick that'll come up quite early involves controlling your car's attitude in the air. Pressing the gas will rotate your car upwards while pressing the brake will rotate your car downwards. It's important to land from jumps with your car facing the right way. Ideally, you'll land on angled ground and your car will be parallel to the slope. If you can't do that, try to at least get the wheels of your car to be the part that hits the ground first.

Controlling both pedals is key to success on both easy and hard levels. The brake pedal will send your car shooting backward in reverse if you hold it down, which can be useful, while the gas pedal also imparts some torque and rotation to your ride. This means that you'll actually want to let off of the gas on some uphill sections, as you don't want to do a crazy wheelie that turns into a flip and leaves your car upside down on the track.

A big part of Hill Climb Racing 2 is upgrading your ride. Before you go too crazy with upgrades, remember that you'll unlock more vehicles as you play through the game. Many of these vehicles are straight upgrades over previous cars. The Super Jeep, for example, is just a better Jeep. This means that you'll want to budget your currency and make sure that you're not going to make your upgrade obsolete in a few more races. Focus on  and cheap upgrades at first until you've got an idea of which cars you like, then unlock a good version of that car and upgrade it. This will ensure that you don't waste too many coins on things you don't need.

Speaking of  upgrades, the game will occasionally offer you a  upgrade or chest in exchange for watching an ad. When this opportunity rears its head, be sure to take advantage of it! By utilizing these gifts, you'll be able to save lots of coins and keep your fleet of crazy cars upgraded without spending too many coins.

Finally, remember that Hill Climb Racing 2 is a modern mobile game that's built around the idea of long-term play, not short-term success. If you want to get the most out of your in-game currency, you'll want to complete events, daily challenges, and other time-gated activities and then take a break for the day. While playing the game for a long session might be fun, it's not the most efficient use of your time in terms of upgrades and progression. Instead, try to put in a few minutes each day to get all of the rewards and then take a break.

Are you a Hill Climb Racing 2 fan? What are your favorite cars? Do you have any killer tips and tricks to share? Let us know all about your experiences with the game in the comments below!